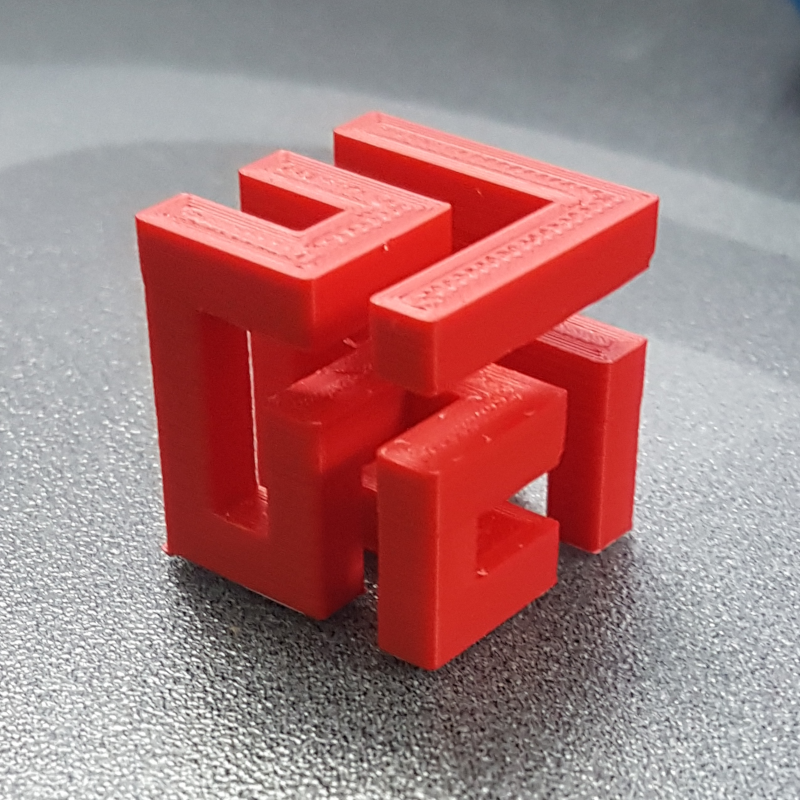 Today I presented a session in our new students induction called “Building Your Brand” which was broadly about how to develop your profile in a way that supplements everything that you are explicitly learning on your degree programme. In preparing for it I came across something that led me to an interesting diversion.

Part of what I wanted to share with our fledgling students was the value of writing and maintaining a blog, and also about how you can be part of a like minded community and expand your audience through site aggregators such as CSBlogs.com.

I thought that I would see if I could find a particularly good example of a student blog, which brought me to Starbeam Rainbow Labs. Whilst scanning some of the great articles that they have written about all manner of their explorations in Computer Science, I can across a recent article that they wrote on generating 3d mazes programmatically using Lua.

The output of their program was an STL file, which they were using as an input to rendering software to produce some pretty neat 3d renders of the 3d mazes.

So STL files may have other uses, but I interact with them frequently in connection with my slightly unhealthy obsession with 3d printing. They are a common input file to slicer programs that generate the motion instructions for the 3d printers. It got me thinking about how they would come out in real life.

So I made contact, asked if they could send me one of the STL files and a little while later I was able to include the above picture in my slides as an example of cool interactions that can happen via online communities.

It is printed in ABS, just because that was what I had loaded. I also printed it with supports, which I had to carefully remove afterwards. At some point I would like to print it again in PLA, because I think that I may be able to get away with out supports with the extra parts cooling that I can use with PLA prints.