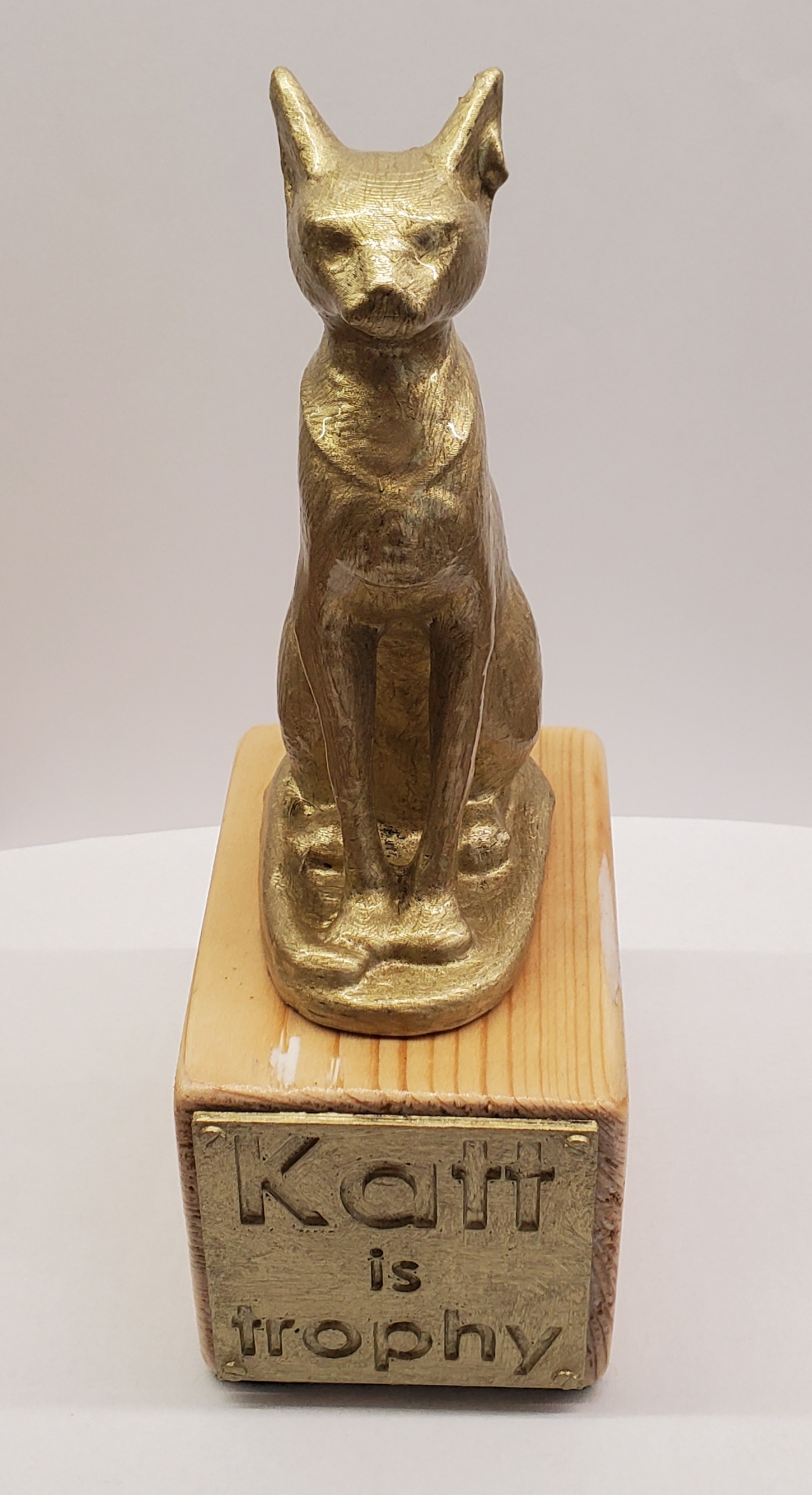 On Saturday we hosted a programming and algorithms competition where teams of up to 3 would pit their wits against the 8 programming puzzles and try and solve as many as they could in just 3 hours.

We had teams from across the degree levels, from our first year certificate stage all the way to our masters level.

The event kicked off with an exciting start. An early lead was posted by team “KEC” just 18 minutes in to the 3 hour contest, with their second attempt at the Combination Lock puzzle. It would take another hour and 10 minutes before the next puzzle was solved. Primary Arithmetic was solved at just after the halfway mark by team “『Blank』” on their 3rd attempt. This shot them up to second place.

By now, the teams were starting to warm up. At just over 2 hours in, Game Jam veterans the Beetroot team solved their first puzzle, also Primary Arithmetic, at their second attempt to claim 3rd place. One minute later “Katt is You” solved the Combination Lock, also in 2 attempts. Then, on a roll, they solved Zoom in 3 attempts, catapulting them to first place - the first to solve 2 puzzles.

Three minutes pass, and Beetroot submits their 4th attempt at Horror Film Night, finally cracking it. This is only good enough for second place however due to the combination of time taken, and 20 minute penalties for each wrong submission.

“ELM” are last off of the starting blocks, solving the popular Combination Lock after 148 minutes. With a careful consideration of edge cases, they manage to knock it in on their first attempt.

One minute later it is Beetroot again with another new puzzle Majstor after 3 attempts. This puts them in the lead with 3 puzzles solved.

With just under half an hour to go, ELM solve another puzzle, again a nice clean first attempt. The puzzle, Delimiter Soup. Fun story about this puzzle is that during the post-mortem run-through, one of the participants realised that they had long ago solved this very puzzle on Kattis and forgot all about it. As the organiser choosing these puzzle at random, I say “phew”.

『Blank』 solve zoom three minutes later, equalling their puzzle count, but ELM’s slow but steady submissions allowed them to hold on to 3rd place as the penalties came back to haunt 『Blank』.

Now down to the last 15 minutes of the competition and Katt is You solve Primary Arithmetic to claim the top spot in the final straight. They have 3 puzzles in 7 attempts, compared to Beetroot’s 3 in 9. So although the base time score for Beetroot is 12 minutes faster than Katt is You, the penalties add another 40 extra minutes on to their time and smack them back down in to second place.

The upset is short lived however, as two minutes later the Beetroot team slam in their fourth puzzle, smashing the submit button with their iterations until it goes green on their 7th attempt. Their risky strategy of move fast and break things paid off as the last 13 minutes passed without incident leaving them with their snatched victory.

Here are the results. 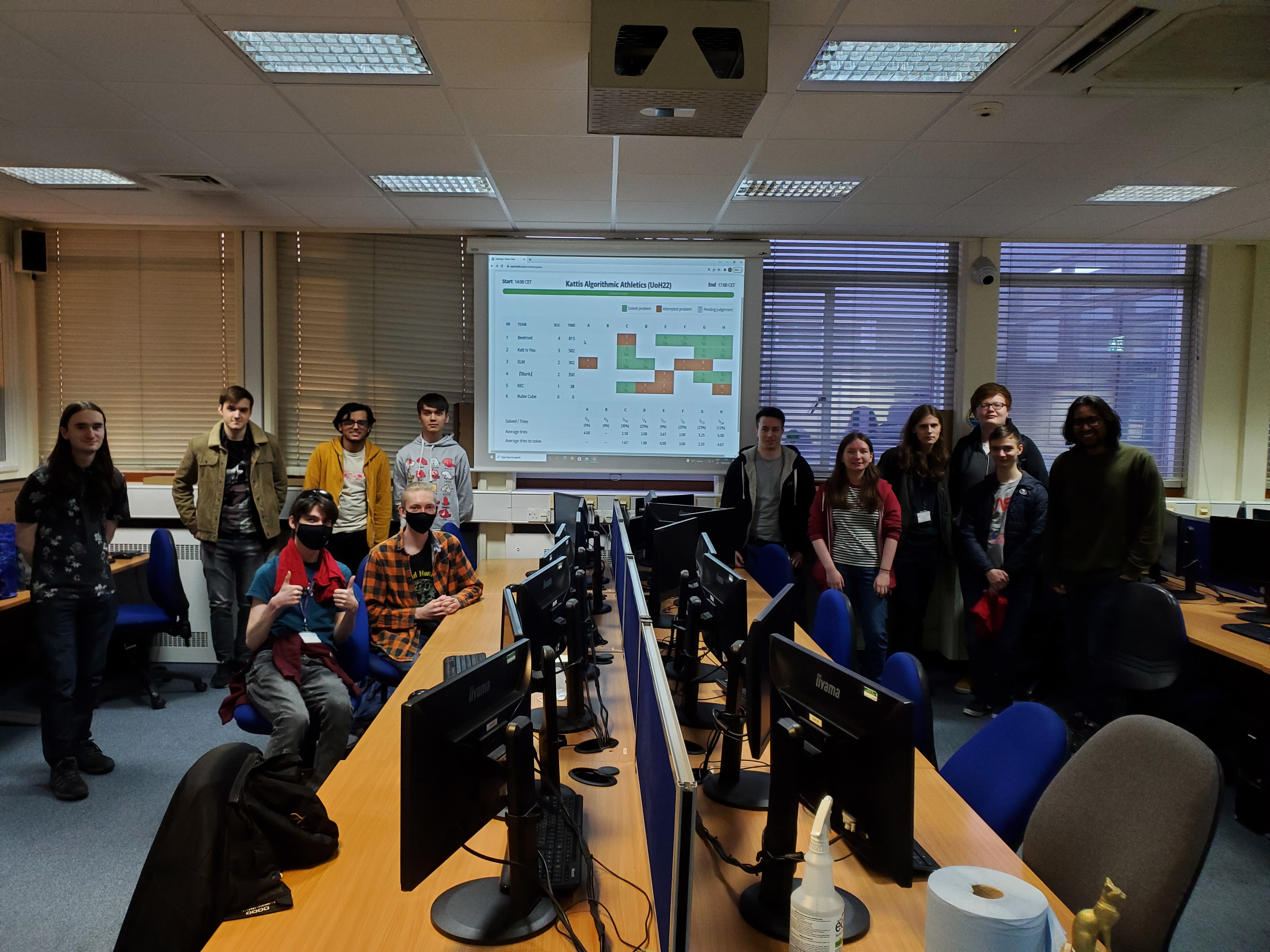 Above, the Atheletes (apart from two that managed to escape before the snap) assemble around the score board.

At the end, I went through my solutions to each of the puzzles. Hopefully my dignity remains intact even after my code reveal. Only two of the puzzles remained unsolved by any of the teams: Best Before and Coast Length.

The victors, team Beetroot stand together, balancing the trophy and their Coviddy team mate who joined us via Discord. Well done to all the teams though as everyone solved at least one puzzle, and particular props to Katt is You, a first year team, who had a such glorious endgame battle with the ultimate victors. 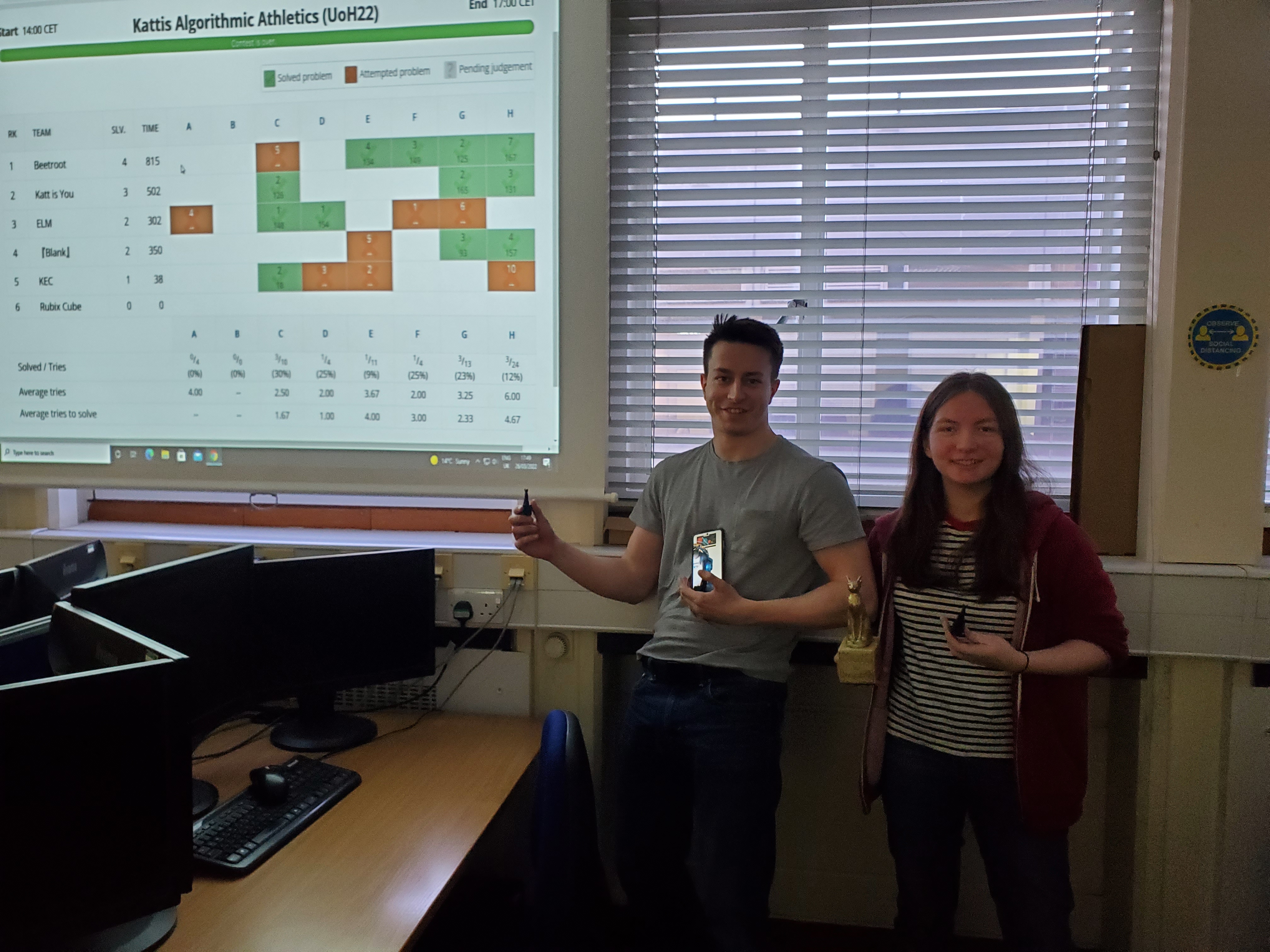 These kinds of algorithm/programming puzzles are great practice for problem solving and general programming and algorithm development. Kattis is a nice platform that hosts literally thousands of these sorts of problems spanning a wide range of difficulty. Another nice aspect is that the automatic judge accepts solutions in a collection of different programming languages. So it is also a neat way to explore some of the differences in the languages by solving the same puzzle, but changing up the language.